The Decathalon is either one of the funnest activities to do, or one of the worst. In this event we do ten individual games, competing in teams to win. The games consist of eating things and drinking things, all as fast as you can. These events are 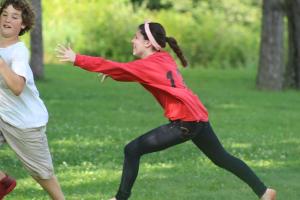 made up of various physical and mental challenges, which can be bizarre and mind-boggling.

This year, the new events we had to do was that we had to eat saltine crackers and then whistle a tune, a very challenging event. We also had to stand on a tarp and had to flip the tarp, while all standing on it, which our team was not able to do.

The reason it’s one of the worst is due to the fact of having to run, compete, eat donuts as fast as you can, chug soda as fast as you can all after going full from dinner. The people not competing in it will laugh, though, and you’ll be laughing too. 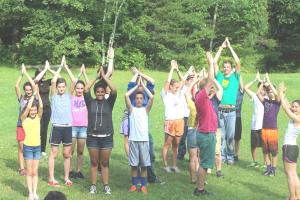 The Decathalon is announced, usually as a surprise, right after dinner. After a full meal, we begin the competition. This becomes part of the fun, to see just how much a person can eat and drink. One tribe leader drank eight sodas in a matter of minutes. I love this special event and it is one of the biggest highlights of camp, and a very fond memory of camp.

Competing with other teams is a lot of the fun. I was on the team, the Orange Jews. I really liked the donut challenge (we won!). One of the other teams this year was “Chief and the Mollywops.”