The Tribe of Reuben

Persaeus B., Age 9
Tribe of Reuben 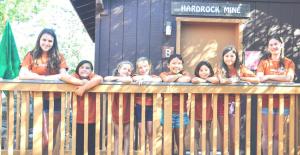 There are five girls in the tribe of Reuben 2014 including myself. There is an A.T.L. which stands for Assistant Tribe Leader Scout, and also a Tribe Leader, Acorn.

Carrie was born and adopted in China and then moved to Florida. After four years she moved to California. She still lives there today. Carrie went to summer camp for three years and winter camp for four years.

Angela was born in Van Nuys. Angela does not have a favorite color but she likes rainbows and loves camp Gilgal. Angela is in the cabin Hardrock Mine just like the other girls. She has never been to winter camp and 2014 is her first year at Camp Gilgal.

Claire was born in Santa Monica. Then she moved to Idyllwild, then to Los Angeles, then finally moved and still lives in Fort Collins, Colorado. Her favorite activity is FOB and favorite night game is Wells Fargo. She has been here at summer camp for three years and has not been at winter camp.

This is Bailey’s first year at camp. She was born in Oceanside, then moved to Escondido, then moved and still lives in Temecula. Her favorite part about camp so far is the night game Wells Fargo.

Erica has been to summer camp for three years and winter camp for four years. She was born in Daly City, then moved to Colorado Springs, and now lives in Folsom.

That’s the tribe of Reuben!

How a Tribe is Born