Once upon a time, a knight saved a damsel in distress, but we will not get into that right now. We will partake in the experience of Capture the Degel. This is a game of strategy, adventure, and pure awesomeness. 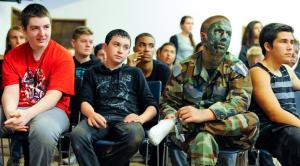 This game involves strategy because you must plan before you act. For example, Geronimo had to find a suitable area to place his degel. He eventually put it in a place where there is road that no one goes down. There were also many trees. I needed strategy because I needed to plan how to get to the degel and avoid the girls. So I ended up going around near the flume. It required running and thinking on the spot. This is a very strategic game.

Adventure is another part of this game. Isaac, for example, heard Moose howling. Isaac believed it was a real wolf. This shows that even defense players can have adventures. For me, I was snooping around and hiding behind trees. This was partly because of a fear of jail. This is a very adventurous game. 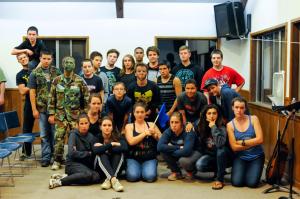 This game had a few pure awesome moments. One of my awesome moments was when Andrew and I were hiding and we sneaked passed a bunch of girls. We were both as silent as possible. We passed them with no trace. Professor’s awesome moment was blocking Elias from the jail break. Professor was blocking a flying camper. He sacrificed his schnoz to protect the jail. There were a few awesome moments. This strategic, awe-inspiring, adventurous game was amazing. This was an awesome game.