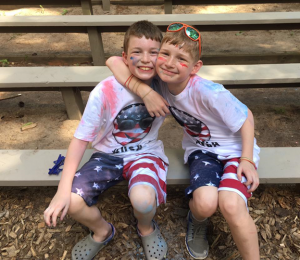 Last night, I played M.I. for the fourth time. Every time I play Mission Impossible, I have loads of fun. Last night while we played, we had lots of laughs in spite of the challenging clues. For my tribe’s (Simeon) first clue, we had to go to the amphitheater and get past Skipper. We got the clue in roughly ten minutes. While we were running, I looked up and saw that we had stopped suddenly and had to crouch so we would not be spotted. In the end, every tribe had four out of five clues. When all was said and done, Simeon had won by less than a minute and Blewish said it was one of the closest games he had seen. One really cool thing was that every clue was related to the book of Exodus. M.I. is one of my favorite things about camp.