It was dark, cold and covered with bugs. It was late at night when Moose told us all to bring a sweatshirt and pants and close-toed shoes. So many campers at Camp Gilgal brought flashlights. Even though it was dark outside I could tell a lot of campers had them because everywhere I looked there was always a bright light shining in my eyes. Moose eventually told us all why he brought us outside. It was to appreciate the stars in the sky the Lord was providing for us all. I was with my br 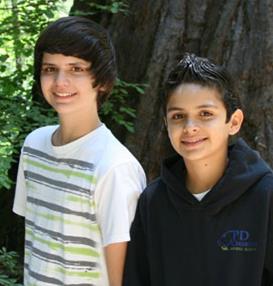 other Enrico when Moose told us to lay down in the grass, to which we looked at each other knowing the grass is wet, cold and filled with bugs. After we sat down my brother and I were bored of watching the stars for so long without moving or doing anything else to entertain us. After so long of waiting for something to come save us from boredom I saw a plane and so did my brother so we tried to make a game out of it. We couldn’t.

During some of the prayers I realized I’ve been waiting for something to fill my need of boredom when I should have been enjoying and appreciating what the Lord has given us. At the moment I figured that out, a flaming hot shooting star came out which most of us saw and it became one of those summer camp memories you don’t forget.