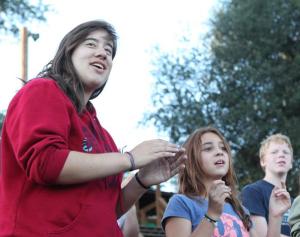 Also T-Rex loves water polo because she is trying out for her college team. You will never believe what T-Rex’s favorite things from the Gilgal store are. They are the wet goods which are sodas, Otter Pops, Mountain Dew and Sour Patch Kids. T-Rex’s brother Stix told me that T-Rex loves ranch dressing so much. One time she put ranch on her blueberry muffin. That is why I chose to write about T-Rex.