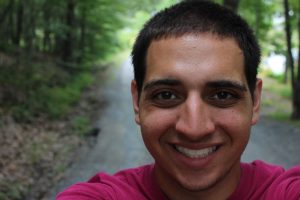 “The world does not deserve Hiccup, he is too nice. But the world needs him.” -Elliot S. Adler

Oh, Hiccup. He is the greatest. When we first met way back in 2014, it was his first year as staff and my first year as a camper. He instantly became my favorite tribe leader. Now let’s talk about his favorite activities. Hiccup loves paintball because he can beat all the teens since he is older than them. He is still trying to break in his Chaco’s, which have been making his feet scream, ironic because Hiccup loves to scream 24/7. Hiccup loves the Bible theme this year at teen camp (Yeshua our Messiah). He loves that we are learning more about Yeshua and how we can respond to who he is. Hiccup likes camp because he likes spending time with campers and encouraging them in their faith.