My favorite game at Camp Gilgal is called Wells Fargo. The camp staff are one team and the campers are the other. One of the teams is the bandits. First the bandits hide a bunch of bags filled with gold in the woods while the faithful Wells Fargo agents wait. After the bandits are done the agents charge into the woods trying to collect the gold and get it back. If the bandits tag an agent then the agent has to go to the other side and touch it before they can keep playing. If the agent is ho 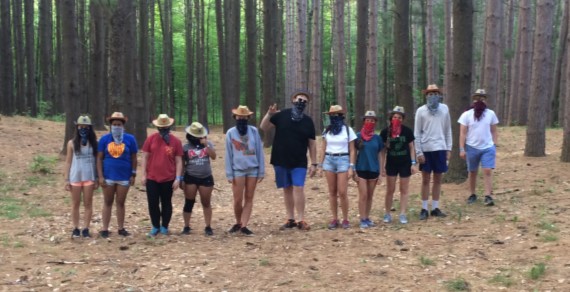 lding a bag of gold when they are tagged then they have to drop it and the bandits can hide it again. The game is played in a time limit of twenty minutes. When the game ends, the team with the most gold bags wins. When we played it this year we played three games. The first two games the camp staff were the bandits and they won both times. However, the third time the campers were the bandits and we won! In the first two games the campers only got four and five bags out of fifteen. When the cap staff were the agents they didn’t get any! I hope we play Wells Fargo again soon.