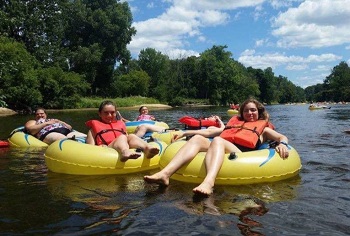 Camp Gilgal isn’t all fun and games! Everything is good except for the… nights!!! Campers might say, “The first and second nights are the worst.” Well, that is not true – or at least it was not for me or my cabin. My tribe consisted of Nena, Lily, Jennifer, and Rocky as our tribe leader. We literally had to sleep from 11:00pm to 2:00am every night! At first it was because Nena would talk in our cabin, but then the critters struck. The first night we were up talking really late and heard some weird noises, which had us all scared. Rocky decided to get a broom for protection and went to check it out, and it was a mouse. The mouse didn’t leave until the third or fourth night. Rocky and I were so scared we didn’t sleep until we saw what the mouse was doing. Then the next day a big group of ants were by my bed. So now I had a mouse and ants to fuss about. I killed like ten ants, Nena was also killing ants, but she was much crazier than I was. I only slept well for three nights out of the whole week of teen camp. So for the kids that say, “The first and second nights are the worst,” it is not always true. Also everyone should know even though I hate the raccoons, mice, and bugs, I still can’t wait for next year.