My name is Aylo and it is my first time at Camp Gilgal. For the past week I’ve learned SO much Hebrew! At camp our Hebrew teacher is Beardo. This year we learned the V’ahavta and the motions to it. We also learned the Alef-Bet, Hebrew num 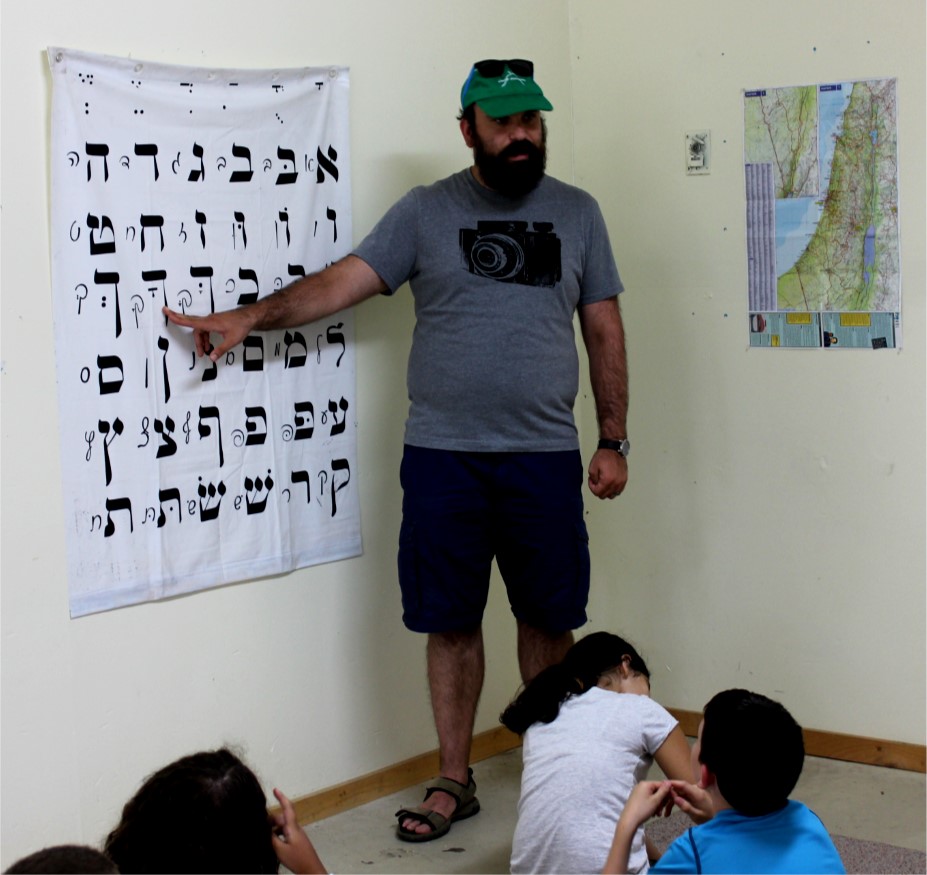 bers (1-10) and even number equations all in Hebrew! I think the most fun thing I learned in Hebrew was learning sentences. My favorite sentence that I learned is probably “Ani ohevet et devime.” When the time came we held a Hebrew tournament! That’s when all the Hebrew classes compete against each other. In the beginning my team was losing. But in the middle we shot up and were in first place for a while. However, at the end we did happen to come in second place. Although we came in second place, Beardo said next week there will be another chance to come in first. I thought we would come in first because I knew Hebrew before camp. This is my favorite word in Hebrew: “Sababa.” That words means “Awesome!” I think that Hebrew quizzing is more stressful than Hebrew class because in Hebrew class you are learning Hebrew for the quiz. In Hebrew quizzing people are testing you to see what you have learned!