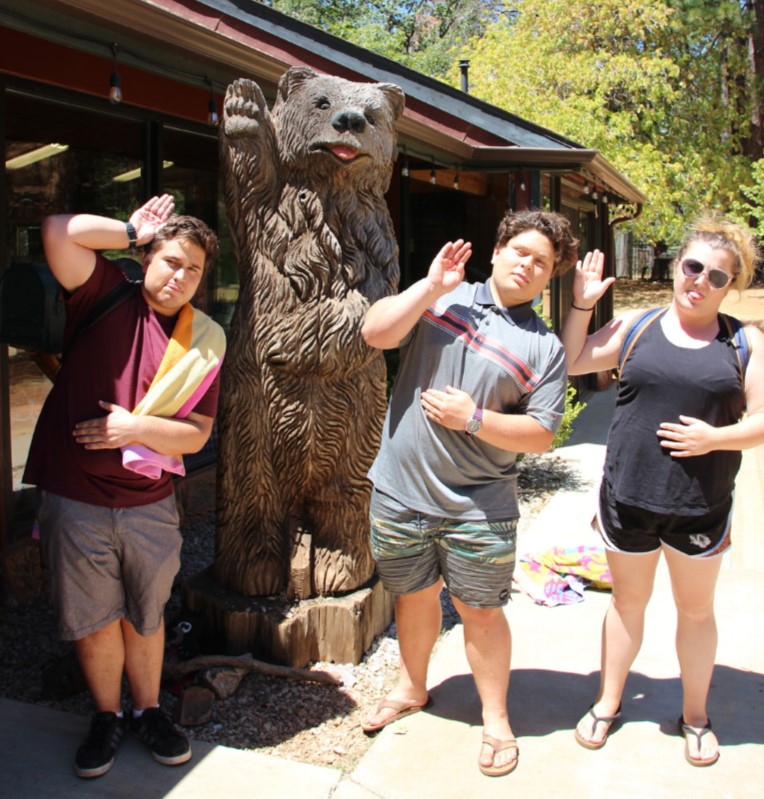 This year I’m writing about Ewok. I have known Ewok since my first year of camp. Ewok has been staff for six years and has gone to camp for eleven years. Ewok loves to hang out with all the campers. When he’s at junior camp his favorite activity is Capture the Degel, and when he is at teen camp, the activity he likes to do the most is the ropes course because he can spend his time in the trees. When I asked what he enjoyed eating at camp he said, “Candy.” Outside of camp he loves eating sushi. His favorite color is blue. He enjoys hanging out with dogs more than any animal in the world. His favorite movie is O Brother Where Art Thou. He enjoys reading text books. That was his response when I asked him what his favorite book was. His favorite camp song is “I Am an M” and his favorite worship song is “Rising Sun” by All Sons and Daughters. What I love about Ewok is he’s extremely hilarious and is a great leader. These are one of many reasons why Ewok is one of my favorite tribe leaders at Camp Gilgal. Thank you Ewok for being my tribe leader this year.

Chalet Three: A Blessing to Be